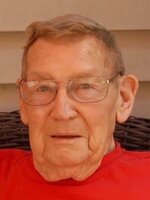 William E. Yessman Sr. Age 87, of Catlin, NY. He was born on April 15, 1933 in Newark, NJ, the son of the late Emil and Margaret (Rielly) Yessman Thursday, July 30, 2020 at home surrounded by his family. In addition to his parents, Bill is predeceased by his siblings, Harry Yessman and Murial Keller. He is survived by his wife of 67 years, Mary Ann (Kralik) Yessman; their children Cynthia (Steve) Wojcik of Sicklerville, NJ, Theresa (William) Rossi of Sparta, NJ, William (Anne) Yessman, Jr. of Odessa, NY, Margaret (Steve) Farrell of Corning, NY, and Elizabeth (Joseph) Lambert of Elmira, NY; grandchildren Steve (Amanda) Wojcik, Michael (Lauren) Rossi, Michele (Rick) Mogavero, Cheryl (Mike) Collins, Allison (Anthony) Van Curen, Andrew (Breana) Yessman, Myles (Lindsay) Baker, Jr., John Baker; Patrick (Tiffany) Lambert, Sean (Samantha) Lambert; 18 great-grandchildren; sister Elaine Lang of Pittsburg, PA; along with many nieces, nephews, cousins, and dear friends. Bill served in the Navy from 1950 to 1954, during the Korean War. He retired twice, first as Director of Engineering with Ann Page in Horseheads, and second as Director of Facilities and Maintenance at Sunshine Biscuit in Sayerville, NJ in 1995. He also owned and operated the BBS Service Station in Pine Valley, NY. He was an active in several organizations over the years. He attained the title of 4th Degree Knight with the Knights of Columbus, even serving as a Grand Knight under the 1280 Council of Carteret, NJ. He was among the group that helped build the Montour Falls Moose Lodge (#426), a member of the Big Flats American Legion Post 1612, and a member of the “LST Association” for his service aboard LST 692 during his Naval service. An avid ‘car guy’ and a man who could fix anything, he was known to say he was finally “working for myself” after retiring. Most importantly, Bill’s life always revolved around his family. He was proud of his service to his country and prouder of the accomplishments of his children and grandchildren. Family and friends are invited to visit the Barber Funeral Home, 413 S. Main St., in Horseheads on Wednesday, August 5th 2020 from 11:30 am to 1:30 pm. Those attending, please be aware the NYS Health Dept. regulations limit to occupancy of the funeral home at one time, and masks are required. We appreciate the consideration of family and friends. Private services will be held with Bill’s family, committal and internment at Woodlawn National Cemetery Columbarium with military honors.